Australia is one of the most popular location for British expatriates. It’s no wonder – the laidback lifestyle, good career opportunities and year-round sunshine are a real draw.

If you’re considering joining the 1.2 million British expatriates who currently live in Australia, then you’ll need to think about the practicalities of moving your entire home to the other side of the world.

There are a lot of decisions to make about what to take and what to leave behind. You may need to consider storage options and how to ship multiple large, valuable items. Luckily, here at Cadogan Tate we have helped many British families make the move and have the experience and knowledge to make the process as straightforward as possible.

Get in touch today to find out how we can aid you in turning your Australian dream into a reality.

Using an international removals service gives you more than just a transportation solution. We arrange regular shipments to Australia for hundreds of British expatriates and we can guide you through every stage of your relocation.

Our years of experience have given us a detailed knowledge of the Australian customs and border control procedures, so we can advise you on what you should and shouldn’t take with you. We can guide you through the paperwork and permits needed, as well as the timescales involved in clearing the customs procedures.

To find out how we can help you, get in touch today for your no-obligation free quote. We will arrange for one of our relocation surveyors to come and visit you at home to view and assess your belongings. From here, we can advise you on the best packing methods, shipping solutions, storage and permits required.

If you decide to use our expert services, we will then allocate you a Move Coordinator, who will work with you through the entire process. You will be provided with a detailed Move Plan and your Coordinator will ensure that it is carried out, giving you one less thing to worry about.

Guide to moving to Australia

With over a million UK-born people living in Australia, there is a large British community Down Under. Most of these expatriates live and work in one of the three top cities: Sydney, Melbourne and Perth. Cadogan Tate is putting together an informative library of resources to these regions, covering culture, lifestyle and work opportunities.

According to the 2018 HSBC Expat Explorer Survey, Australia is ranked the sixth best place in the world for British expatriates to settle. It scores highly in all areas, but is particularly good for those moving to Australia with children and offers excellent career prospects. It’s easy to integrate into the country, as the culture is not dissimilar to the UK and there is no language barrier to contend with.

Australia is the sixth largest country in the world, but its population is very much concentrated in the urbanised areas. The capital, Canberra, and the largest city of Sydney, both attract big expatriate communities. Other common locations for British expats to move to are Melbourne, Brisbane, Perth and Adelaide. The rest of the country is exceptionally diverse, with the desert Outback, tropical rainforests and large mountain ranges.

The climate also varies from north to south, east to west, though the more popular cities enjoy warm sunshine all year around with little rainfall. This is one of its main attractions for Australia as a relocation destination, as it encourages an active, outdoor-based lifestyle.

British expatriates should find it quite easy to acclimatise and integrate with their new surroundings. The culture is quite similar to the UK and English is the main spoken language. There are some Indigenous influences, which can be seen around the country in art and architecture.

There are many similarities between the UK and Australia, but one of the main reasons why Australia attracts so many British expats is the lifestyle. There is a better work/life balance, while still enabling good career progression. The workplace can feel more relaxed and informal than in the UK, but there is still a strong work ethic and respect for serious business. With a very low unemployment rate and a growing GDP, the Australian economy is competitive, which is good news for professional expats looking for a long-term, stable position.

Away from the office, much of the lifestyle is based in the great outdoors. Sports are hugely popular, both spectating and taking part. Hiking and watersports are common pastimes, and children are very much encouraged to stay active. A lot of cooking is done outside too – it won’t be long before you get your first invite for a ‘barbie’.

Many expatriates move to Australia with family. There is a high standard of education and the academic year runs from January to December. Some expatriates opt to use the public school system, which is well regarded, though there is a very good selection of private schools to choose from too.

Only expatriates with permanent resident status can buy property in Australia without approval. Expats on other visas who wish to purchase a home will need to apply to the Foreign Investment Review Board (FIRD) for permission. This is a government department that assess applications from foreigners to invest in property or buy a home.

Once permission is granted, there are some limitations to what you can buy. You can buy one established dwelling to live in, but if you cease living there, you must sell it on. You can also buy an investment property, but only if it’s a new build or land to be built on. There is an application fee payable to FIRB depending on the value of the home you wish to purchase. For high-value homes, this can be up to $100,000 AUD. You can only apply for FIRB approval once you’ve chosen a home and have the cash available or a mortgage approved to complete the purchase.

Otherwise, the system is not dissimilar to the UK, given that the Australian legal system is based on the British. There are solicitors and estate agents who specialise in expatriate buyers.

The Australian Medicare system is regarded as one of the best healthcare systems in the world. It is free for citizens and permanent residents, offering access to world-class facilities. This is funded through a healthcare levy and covers treatment in public hospitals. Some expatriates may be eligible for Medicare if they have a permanent visa.

Alongside Medicare, most of the Australian population have some form of private healthcare, and this is actively encouraged by the government. Not all treatments and medical care are covered by Medicare, so an additional health insurance policy is sensible. Private facilities are of the highest standard and waiting times are reduced, so there is a clear benefit to having medical insurance.

For expatriates moving to the country, having appropriate health cover is mandatory and a condition of most visas. Healthcare may be included in your employment package, but do be careful to read the terms and see what is covered and who is covered. You may need to take out a more comprehensive policy or cover family members separately.

In Australia, the tax year runs from 1 July to 30 June, with tax returns for the year due by 31 October. The income tax rates for residents and non-residents are different. For those with resident status, there is a progressive tax system depending on earnings with a top rate of 45%. For non-residents, all income is subject to a tax of at least 32.5%, also climbing to 45% at the top end. Non-residents are only subject to tax on income sourced in Australia, whereas residents pay tax on worldwide income. Tax is paid using a PAYG system through your employer, where relevant, the same as in the UK.

Australia has a sophisticated banking system and there are plenty of options for British expatriates. The main banks are the Commonwealth Bank of Australia, ANZ Bank, Westpac and the National Australia Bank. Many of these have dedicated migrant banking services. There are also global branches of popular British banks, such as HSBC.

The official currency is the Australia Dollar, with $1 AUD currently worth approximately £0.55 GBP. The Cost of Living in Australia is generally less than the UK. In the 2018 Mercer Cost of Living Ranking, the major cities of Sydney (29th), Melbourne (58th) and Perth (61st), all rank lower than London (19th).

How long should you allow for shipping to Australia?

We look to getting your items to the other side of the world as quickly and efficiently as possible. For a dedicated container, you should allow for 6-8 weeks, door to door. Depending on your budget, you may wish to use shared containers or groupage, which take longer at 10-12 weeks, but they are more cost effective.

What can you take?

When planning your move to Australia, it’s important to be aware of what you can and can’t take with you. The Home Affairs website of the Australia government hosts a useful guide to customs and border control, which gives you a detailed overview on what you can import.

All of your items will be subject to a physical customs check. You can import most usual household goods and personal items into Australia duty and tax free, as long as you have owned them and used them for at least 12 months. You will need proof of purchase or sales receipts for your items. Newer items may be subject to charges.

The containers with your belongings in will be opened and inspected, and there is a charge for this depending on the volume of your crate. It also means that it can take up to 14 working days to clear this part of the process. Your Cadogan Tate Surveyor can give you further details on the costs and timings when assessing your moving criteria.

There are some restricted and prohibited items, such as flammable items or products made from animal skin. Weapons and medications are also restricted. You must be extra careful with any items that may have come into contact with soil or vegetation – this includes things like vacuum cleaners, gardening equipment, bikes, wood products and so on. Your Surveyor can advise you on whether you are better leaving some items behind.

Taking a car or motor vehicle

It is possible to take a car with you to Australia. You will need to contact the Department of Infrastructure and Regional Development and get a Vehicle Import Approval (VIA). It is an offence to ship a car without a VIA. You will then need to log an Import Declaration, and the car will be held at customs until a valid VIA is produced along with customs duty, goods and services tax and luxury car tax, where applicable.

Moving to the Australia with pets

If you want to take your family pet, you will need to ensure you follow the correct procedure. Only cats and dogs are allowed to be imported, and they must have a microchip and a rabies vaccination. All pets will have to spend at least 10 nights in an approved government quarantine facility upon arrival. You can find out more on the Government website.

Australia is a vast and varied country. The lifestyle in one area can differ greatly from the lifestyle in another region, not to mention climate changes and cultural differences from north to south.

We are building an informative hub for Australia on the website, which includes guides to all the major cities and areas that British expatriates move to. This will help you explore the different areas and find out more about what life would be like for you.

We regularly move British expatriates to Australia from the UK, so we understand the logistics and administrative tasks required. This means we can support you through every step of your international move. 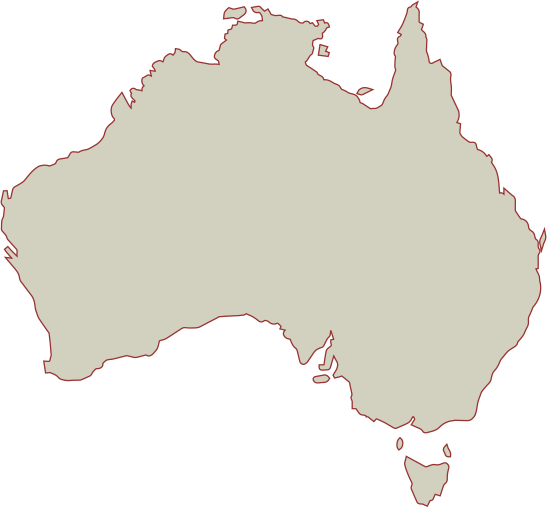