Ultimate Guide to Living in Chelsea 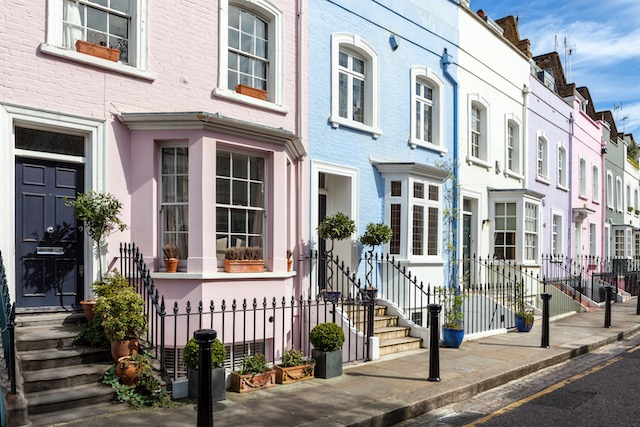 It is no surprise that Chelsea is one of the most desirable areas of London, the houses that line the streets of SW3 and SW10 are, for the best part, lavish and luxurious, with many going as far back as the Victorian and Georgian eras.

In 1609 King James I founded the King James’s College at Chelsey, on the site that would later become the Chelsea Royal Hospital. Over the years Chelsea has been the birthplace of the Raw Silk Company, the Chelsea Bun and Chelsea China.

Chelsea has always been a desirable location but it wasn’t until its involvement in mod culture and the swinging 60s that people really started flocking to be part of the Chelsea scene. The influences of which can still be felt, especially as you get close to the Vivienne Westwood-owned Worlds End at 430 Kings Road, which has been at the very centre of boutique fashion and alternative culture since 1967.

If you are still pining for vintage boutique chic then a short 10-minute walk will take you to Lots Road Auctions where you will find an intoxicating mix of all styles of antiques, collectibles and curiosities.

If you need to add to your wardrobe and have a taste for Italian fashion then you will be enthralled by what is behind the doors of 159 Sloane Street – one of two UK branches of Brunello Cucinelli. But that is not all Sloane Street has to offer; fashion connoisseurs will also be treated to the likes of Cartier, Bulgari, Jimmy Choo, Louis Vuitton, Chanel, Prada and many, many more.

You certainly won’t have any trouble finding the perfect outfit here. In fact, walking down Sloane Street in Chelsea is like walking through a boulevard of the very finest the fashion world has to offer right now.

Among the most sought-after areas is the North-East corner of Chelsea, where Knightsbridge starts to make its presence known, near the end of Sloane Street. Other popular areas include Kings Road and West Brompton.

Rental properties prices in Chelsea start in excess of £2,600 a month for a one bedroom property and with prices rising to around £4,000 a month for a 2 bedroom apartment.

To purchase a house in Chelsea you could be looking at a price tag of over £4m, making it one of the most expensive areas of London to purchase property. However, you will be surrounded by the best in fashion, the nicest bars and restaurants and some of the most beautiful surroundings that London has to offer.

A one bedroom flat in Chelsea can be on the expensive side but wonderful things can happen if you do – just ask Bob Marley, who wrote one of his biggest hits, ‘I Shot the Sheriff’, in a one bed flat near Cheyne Walk. Before the area was known for fashion and popular culture, Chelsea was a favourite area for royalty with Henry VIII residing in the manor house, as did Queen Elizabeth I.

With its attractive architecture, great shopping, bar and restaurant scene it’s not surprising that Chelsea has its fair share of famous residents. Celebrities that have called Chelsea home include Eric Clapton, Mick Jagger, A. A. Milne, Bram Stoker, J. R. R. Tolkien, Kylie Minogue, Petula Clark and many more. So you’ll be in good company if you choose to move to Chelsea.

It is not hard to see why this area of London is such a strong magnet for people looking to relocate in London, especially if they are looking to be surrounded by fashion, culture, history and luxurious houses.

If you are thinking of moving to Chelsea, contact us or click here to find out more about our expert moving and storage services in the area.