Moving to Boston: An expat guide to the city 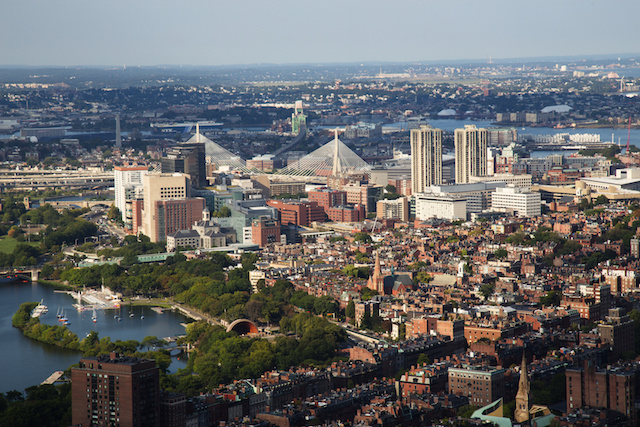 Expatriates relocating to Boston, the capital of Massachusetts, will find a diverse city with both American and European roots. It is the cultural heart and largest city in New England. Boston also boasts one of the shortest flight times back to the UK, which is useful for those who need to make frequent trips between the two countries.
New England is a region that consists of six states, including Massachusetts. Many of the place names have British counterparts, such as Worcester, Plymouth and Gloucester. British expats in Boston may recognise a few familiar names around the city, such as the Boston Branch of the Royal British Legion. There are several British pubs and restaurants, including the Elephant & Castle and Cornwall’s.
As a city, Boston is pivotal in the history of the USA. It’s considered by many to be the place where the New World was first established and it played a key role in America’s independence from Britain. It’s a city that has retained its colonial roots, but is also known for its diversity.

Boston’s economy has been in a steady incline, and it is now one of the top 10 largest economies in the United States. As such, there are plenty of different working opportunities for British expatriates. Most expats will come to Boston through inter-company transfers or head-hunted within their industry. It can be difficult to find work independently, due to a highly skilled local workforce increasing competition for jobs.
There are 35 universities and colleges in the Boston area, meaning the city has a high population of local and international students. Among these educational establishments are the prestigious and world-renowned institutes of Harvard and MIT. These universities and colleges are big employers in the city, with many expatriates finding positions in education and research.
The high-calibre of graduates and post-graduates makes Boston an attractive place for start-up companies, particularly in the tech industry. There are also many notable companies who have roots in Boston, including 30 Fortune 500 companies.
Key industrial sectors for jobs include technology – Intel has a site in Boston – business services, medical research and international trading. The cost of living in Boston is high, but expat salaries usually reflect this. It is worth keeping this in mind when you negotiate your company package.

When relocating to Boston, your top priority is arranging accommodation. The housing market is very competitive in the city, which can make it difficult to find somewhere to live. Many expatriates choose to rent in the city to get a feel for the way of life. Rents are high in comparison to the rest of the USA.
There are 23 neighbourhoods in Boston, despite it being a compact city. The excellent public transportation system serves each of these neighbourhoods and suburbs. This makes it viable to commute from any area.
Some neighbourhoods are very family-friendly and close to the best public schools, just outside the main city. For expatriates moving from London, the British International School of Boston offers exceptional education. The school is close to Jamaica Plain, a popular neighbourhood with a strong community feel.
Other neighbourhoods to look at include West Roxbury, Charlestown, South Boston, Back Bay and South End. Each neighbourhood has its own distinct character, so it is worth visiting the city to get a feel for the best locations.
If you’re moving to the USA, find out how our international removals team can help to arrange packing, storage and transportation on your behalf.