Montreal – The giant magnet for culture-loving expats moving to Canada 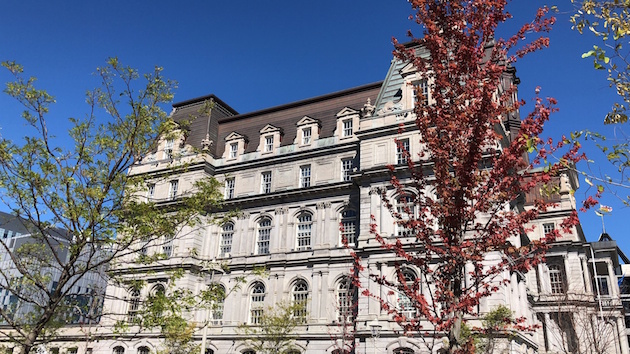 Canada might be a large, vast country, but for British expats it is a popular location for its homely feel and the friendliness of the native population. In the 2017 HSBC Expat Explorer Survey, Canada was placed 6th in the League Table for the best countries for expats, scoring highly in all areas, but in particular it ranked well for Integration (3rd), Tolerance (1st) and Quality of Life (5th).
Montreal is one of the most cosmopolitan and culturally welcoming cities in Canada and is home to many happy expats. It takes its name from Mount Royal, a volcanic hill in the downtown area of the city of Montreal, and the city itself is mainly on an island, called the Island of Montreal, located within the St Lawrence Seaway in the Province of Quebec. It’s a handily located city, within close proximity to the borders with the United States and within a six-hour drive of New York. It is the second largest city in Canada and attracts a real mix of cultures and people.

Montreal was founded by the French, and the French culture is evident throughout day-to-day life in the city. It is a bilingual city, with most residents fluent in both French and English. It does help expats to settle in if they have some knowledge of the French language, but be aware that there may be some differences in the French spoken in Quebec over the French spoken in France – even French speakers may take time to adjust to the accent. Many jobs are advertised as requiring a level of French knowledge, so be aware of that when applying for positions.
The blend of cultures lends the city a vibrant, exciting air. It is known for its many festivals – there are hundreds throughout the year dedicated to all kinds of art and culture. The Montreal Symphony Orchestra is highly regarded and performs at the recently completed Montreal Symphony House. Also worth a visit, is the Montreal Museum of Fine Arts, which was opened in 1860 and now houses over 41,000 works displayed.
One of the quirkier traditions in Montreal is Moving Day on 1st July each year. It is estimated that 130,000 people will move on this day. Historically, the fixed terms for leases of rented accommodation would end on a single day, which was originally 1st May but was moved to 1st July in 1973. When looking to move to Montreal and find somewhere to live, it is wise to try and tie in with Moving Day, as there will be more properties available.

Montreal is Canada’s second largest economy, and is the hub for many of the nation’s media, radio and television studios and print publishers, as well as housing some of the country’s biggest corporations including Air Canada, L’Oreal, Morgan Stanley and telecommunications giant, Bell Canada – making it an ideal magnet for expats moving to Canada looking for work.
There is a strong local workforce, so there can be a lot of competition for jobs for expats. There are also various requirements that a Canadian employer needs to meet to employ a foreign worker over a local worker – which is why many expats move to the province with a job already in hand, usually through company transfers. There are less stringent requirements in areas where there is a shortage of workers, such as the health sector.
If you are considering moving to Canada from the UK, or if this article has inspired you to move to Montreal, get in touch with our specialist international removals team to find out how Cadogan Tate can help you move to Canada.