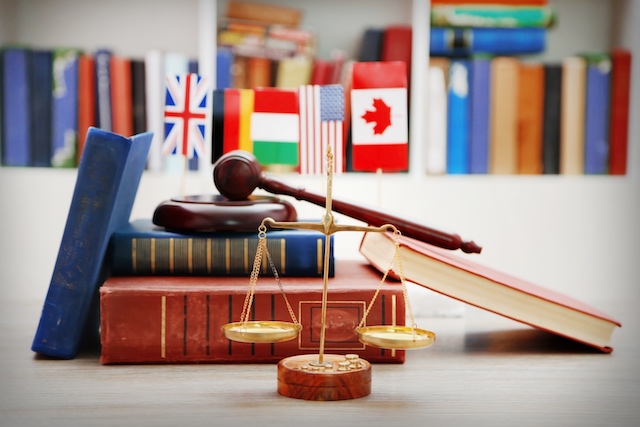 When relocating abroad with family, there will undoubtedly be a certain amount of disruption. For younger children, this can be unsettling, particularly if this is the first time they have made an international move.
Getting children involved in certain aspects of planning, research and preparation can help to calm uncertainties, but there will be some inevitable worry. One of the biggest concerns is settling into a new environment and making friends.
This is where enrolling early into an international school can help. Having a school place in advance of the move means there is less disruption in family routine – your child can start attending school as soon as possible. Here they can engage with other expatriate children, and start to form bonds and friendships to aid them in acclimatising to their new environment.
Starting at a new school is an often overwhelming experience, so it’s imperative to make the transition as smooth as possible. Many international schools work to the same curriculum, which allows for a level of consistency in your child’s education. It also enables your child to feel comfortable academically, with familiar work and processes.

The growing popularity of a global education

One of the advantages of undertaking a global education is that most common expatriate countries will have international schools that implement a British curriculum, if that is your preference. Many also follow the popular and beneficial International Baccalaureate system. If you’re likely to be relocated again during your child’s school years, opting for one of these curriculums means their education is less likely to suffer any fragmentation or disruption through multiple moves.
There are more than 8,000 schools around the world teaching in English, so you’re certainly not short of options. However, in some countries, particularly popular expat destinations like Singapore or Hong Kong, there are not enough school places to meet the demand. Waiting lists can be long and fees exceptionally high for the most desirable school places.
This is partially due to the fact that local families are starting to realise the benefits of international schools for their children. Where once international schools were built to accommodate the needs of expatriate families and allow for the continuity of education when moving from country to country, they now cater to a much wider demographic.
For example, there is an increasing demand in China for Western education. Here, parents are seeing the advantages that an English-language school and globally recognised qualifications can bring to their children. According to ISC Research, 60% of all children enrolled in China’s international school system are Chinese citizens. This figure is expected to rise as more International Chinese-owned Private Schools (ICPs), which can admit both expatriate and local children, are built to accommodate the growing demand.
“Over the next 15 years, the number of high-income families who will be able to afford private education is expected to double in several of China’s top-tier cities,” says Grace Shi, Head of China research based in the ISC office in Shanghai.
In the Middle East, the story is a little different. A declining oil industry has led to more expatriate families leaving the region than entering it, which has had some impact on international schools. The best and most-established international schools continue to have a high demand from expatriates placed in the region, but newer schools that have yet to build such a prestigious reputation are struggling. In response, some countries, such as Qatar, are offering government funded help for local families to use against international school fees. This has led to a higher demand for places locally, again to harness the benefits of undertaking a global education.

The benefits of international schooling

There are clear and studied benefits for children attending international schools, whether they are local citizens or expatriates.
For a start, attending an international school means that children are exposed to multiple different cultures from a young age. This helps to increase global awareness and understanding. The curriculum of the school will often incorporate world culture far more than a local school due to the mixture of pupils. Being able to work with and build relationships with people from a diverse range of cultures and backgrounds is a skill that can be translated into the global workplace in later life. It also gives children the confidence to travel and work in many countries other than their home country, opening more opportunities and experiences throughout adulthood.
Another key benefit is that most international schools will follow the International Baccalaureate program. For expat families coming from the mainstream British school system, this may be unfamiliar territory. However, by adopting the IB at an early stage in a child’s education, it’s possible to continue with this during any future relocations. In an article in The Telegraph, Sarah Teasdale, education consultant and founder of Educatus said: “With the IB system, families have fewer qualms about moving slightly older children, as it’s easy to settle. It’s a very transportable curriculum.”
The IB program encourages more independent thinking and cultural awareness than typical local curriculum. It has a strong focus on a rounded education, including the learning of a second language, and prepares students for working and engaging in a globally led environment.
It’s a more challenging program too, with children being asked to undergo critical thinking and manage their own workload independently from a young age. By the time they are getting close to university age, pupils are undertaking work beyond their usual age-based expectations, without the pressure and stress of exam-based systems, like GCSEs.
Many students graduate from an IB program and attend the best worldwide universities, able to cope with the demands of higher education better than most. In turn, this means better career opportunities, with students often graduating from university with high-quality degrees, bilingual or multilingual, and with an outstanding global and culture awareness.
If you and your family are moving abroad and need help with your international removals, get in touch with a specialist at Cadogan Tate today to find out how we can help plan and implement your move.