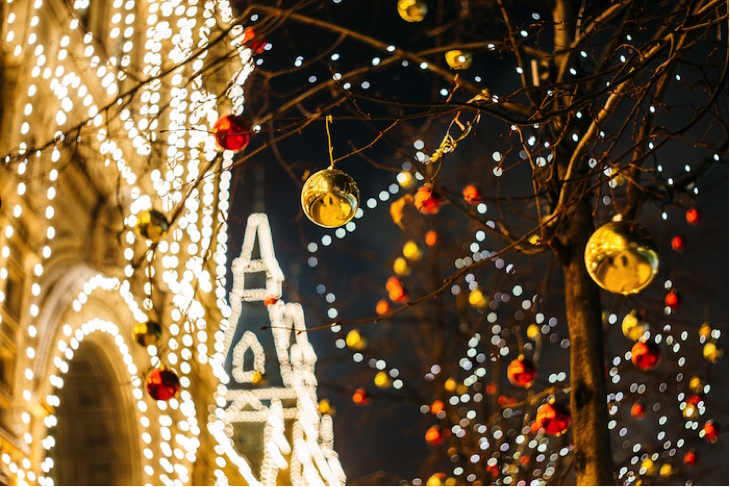 There are certain times of year that can be very different for British expatriates abroad in comparison to the UK, and Christmas time is one that stands out for many who have relocated.
While plenty of popular expat destinations celebrate Christmas in a very similar way to the British experience, others have subtle differences and some are worlds apart. There are many countries that don’t celebrate Christmas at all, which can take some getting used to.
If you are making an international move from London and will be living in a new country for December, this is our guide to festive experiences around the world.

Across the pond and down under

If you are moving to the USA, then rest assured that the festive season is big in America. There are some key differences though. For a start, it’s not always referred to as ‘Christmas’; more often it’s simply the ‘holiday season’, so you might want to swap your ‘Merry Christmas’ for ‘Happy Holidays’. This encompasses all religious celebrations that take place at this time of year, and includes the whole build-up rather than just the one day.
The festive season kicks off after Thanksgiving, and there are plenty of events happening – amazing lights, outdoor ice rinks and festive shows. Elaborate festive lighting is popular in some neighbourhoods, with the exteriors of many residential homes bathed in decorations. The big cities and department stores are worth a visit to view their festive displays.
However, the traditional British turkey dinner is often replaced with hams and beef, as turkey is commonly eaten at Thanksgiving a few weeks before. Crackers are not a commonplace part of the table setup, and our famed Christmas pop songs of old haven’t reached all the way over the water. The British pantomime isn’t a thing in American either, and it’s a difficult tradition to try and explain.
On the other side of the world, there are differences too, not least in terms of the weather. For those expats living in New Zealand, getting used to warm sunshine rather than winter snow is definitely a big change. Think beach days, barbecues and a swim in the sea, as opposed to frosty walks and mulled wine. There will probably be cricket and seafood too, and much less watching TV specials and eating chocolates from the tin.
In Australia, it’s not unusual to have a Christmas dinner just like in the UK, and many of the traditions are very similar. One advantage is that long summer school holidays fall over the festive season, so there is time to relax and enjoy it properly. Many expats will make the most of this holiday and journey back to the UK to see family and friends, or welcome visitors.

Festive experiences near and far

If you are making less of a long-distance leap, Europe has some of the best festive markets in the world. Stockholm, for example, has traditional Christmas markets, outdoor decorated trees and plenty of smoked meats and hot wines to enjoy from traditional wooden stalls. Munich in Germany is particularly lively at this time of year, with frosty lit-up streets, choir singing, shows and ice rinks. It is home to a very popular and large Christmas market, as well as a 100-foot Christmas tree.
For expats in the UAE, Christmas can feel a little different. It is quite widely celebrated and most expatriate families will follow similar traditions as back home. You will likely find that shopping centres and hotels are decorated for the season, much like they are in the UK, and people do decorate their homes in a traditional manner. The temperatures are fairly warm, though, so a walk along the beaches during the holiday season is a must-do. What’s great about the UAE, in particular the expat hotspots like Dubai, is that the mixture of cultures really enhances the festive experience.
British expats moving to Hong Kong are in for a bit of a treat. It is described as one of the best festive experiences in the world, despite not being a traditional Chinese holiday. The build up to Christmas starts at the end of November and lasts until New Year. Hong Kong WinterFest is a real spectacle, a serious of festive events that includes multimedia shows, the famed Statue Square Christmas Tree, which stands at 18-metres tall, and a general party atmosphere that sweeps up the whole city.

Wherever you are in the world this festive season, enjoy getting immersed in a new culture and try something different.
Back to News
NEWS AND SHUTTLE SCHEDULE SIGNUP