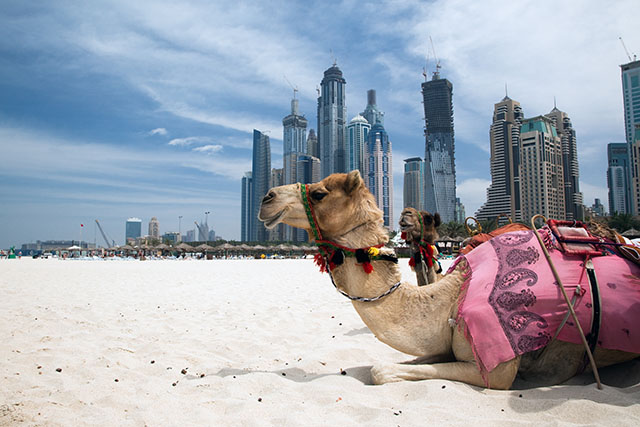 Dubai remains an attractive destination for British professionals and expatriates from all over the globe. With the possibility to explore high-level career opportunities and enjoy the benefits of low taxation, it’s no wonder that it remains one of the most popular places for British expats.
Many expatriates will move to Dubai with children, which means uprooting family life and making arrangements for continuing education once relocated. Luckily, there are numerous highly regarded international schools in Dubai to cater for the ever-growing foreign population.
Expect to face long waiting lists and high fees, so starting the search for the right school and securing a coveted place should be close to the top of the to-do list once a relocation has been confirmed.
There are 194 private schools in Dubai (according to Edarabia), with over 280,000 students from 187 different nationalities enrolled. These can be narrowed down by curriculum, of which there are 17 in operation. Most British expatriates will opt for schools that offer either the British curriculum or the International Baccalaureate (IB).
Here we have put together a list of the top international schools in Dubai, however you can view a full list of all schools via the International Schools Database.

The Dubai British School is part of the Taaleem Group, which is the UAE’s second largest school provider for early years, primary and secondary education. It offers the English National Curriculum, and has a strong emphasis on learning a second modern foreign language, including Arabic, French or Spanish.
The school is located in the Emirates Hills, so it’s ideally located for families who live in the Meadows, Springs or Lakes. It’s also an all-through co-educational school for ages 3 to 18. Children can complete their entire education here, and gain A-Levels and GCSEs. This is useful if children then wish to return to the UK for university.
Around two thirds of the school’s intake is British, which means that children will integrate quickly and build relationships to help them settle after the relocation. There is also a sister school, the Dubai British School Jumeirah Park, which only opened in September 2019. This may be a better option for those families located in the Jumeirah area, while offering the same high standards of education.

GEMS Education is a well-known education provider with many expatriates in the Middle East. It has 54 schools in three countries: Egypt, Qatar and the UAE. In Dubai, there are plenty of options. The GEMS Wellington Academy – Al Khail offers a British education, with a strong focus on educational excellence and a wide range of extra-curricular activities. It is co-educational and covers all years from FS1 to Secondary (3-18 years).
GEMS World Academy is a good choice if the International Baccalaureate is preferred over GCSE/A-Levels. It takes children through nursery years, primary years and middle years, to Grade 12. There is also a IB Diploma Programme for students age 16-19, to prepare them for university admissions.
GEMS Royal Dubai School is rated Outstanding and offers an excellent primary education. It is the only Outstanding primary school in the Mirdif area, and follows the English National Curriculum. It aims to provide a ‘family’ experience, nurturing young children to be their best.
See the main GEMS website for the full list of schools in Dubai.

This is one of the oldest British curriculum schools, established over 40 years ago. It prides itself on academic excellence, backed up by its recent recognition as International School of the Year 2019 at the Independent Schools of the Year 2019 awards in London.
Known to those who attend as simply ‘DC’, this is a school that demands a lot from its pupils to achieve the best they can. The buildings and facilities are not as sleek or modern as some of the newer schools, but it’s in high demand and the waiting list can be very long. As well as exceptional educational standards, it also has a strong focus on sports to a high level.
Certainly, one to consider for those who are more academically orientated, for children of secondary school age.

The Kings’ Education group has a few schools in Dubai, but Al Barsha is the only one that offers all-through education. Kings’ School Dubai offers a Primary education only, whereas Kings’ Nad Al Sheba offers both Foundation and Primary stages, but is developing a Secondary section.
Kings’ Al Barsha opened in September 2014 to meet the demand for Secondary education in Dubai from the Kings’ Education group, though it offers all year groups. Kings’ School Dubai feeds into this school for Secondary education too.
The majority of pupils are British, but there are over 60 nationalities represented across the different year groups. It follows an adapted version of the English National Curriculum, with the inclusion of GCSE and A-Levels in the later years. There is also an extensive choice of extracurricular activities to take part in.
As a new school, it is very state-of-the-art, with purpose-built facilities of the highest standard. It offers cutting-edge technology, such as 3D printers and Apple TVs in every classroom, to help cultivate the innovative thinkers of the future.
If you’re moving to Dubai from the UK, get in touch with the experienced team at Cadogan Tate to find out how we can aid you with packing, shipping, unpacking and storage. Make an enquiry today to start the process and to request a no-obligation quote.