Daily Life in Strasbourg – what you can expect 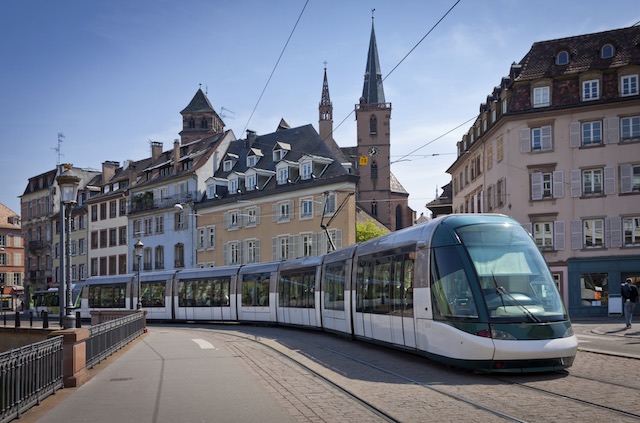 If you are moving to Strasbourg, you’ll find culture and politics are strong influences within this French city, which is the capital city of the Grand Est region. Located in north eastern France, Strasbourg is an important location as the formal seat of the European Parliament. Situated near the German border, Strasbourg’s culture and architecture blend both German and French themes, and it has strong international connections.
When moving to France, you’ll want to know as much as you can about the city or town you are going to be living in. Our guide prepares you for your new life in Strasbourg with details on lifestyle, local transportation, education and culture. Daily life in this city will be full of music, art, cafés, parks, museums and easy travel throughout.

Strasbourg; as you may expect for such an internationally connected city, is swathed in culture and offers a vibrant and highbrow lifestyle, and at the same time is an incredibly peaceful city. When moving to Strasbourg, you can expect to encounter a city that offers visitors and residents access to renowned institutions, including one of the longest established philharmonic orchestras, the Orchestre Philharmonique de Strasbourg, and venues such as Théâtre National de Strasbourg and Opéra National du Rhin.
With strong musical roots, the city is host to several notable musical events such as Festival International de Strasbourg, founded in 1932, as well as film festivals including Spectre Film Festival, devoted to films in the genre of science fiction and the annual The Strasbourg International Film Festival, which celebrates new and emerging talents in international film-making.
In addition, Strasbourg is also home to the second largest library in France, the Bibliothèque Nationale et Universitaire, which has a collection of over 3 million titles, and, as one of the earliest centres of book printing in Europe, holds an impressive collection of books printed prior to 1500, known as Incunabula.
Strasbourg also plays a central role in French and European politics and you can find over twenty international institutions, including the European Parliament, European Ombudsmen, and the Centre for European Studies and the Council of Europe.

Strasbourg is ideally located for access across Europe; the city has its own airport, Strasbourg International Airport, located in Entzheim west-southwest of the city, served by several airlines providing regular domestic and international flights.
Travelling within the city itself is mostly done by rail and tram, as well as cycling and pedestrian initiatives. The centre has been transformed into a pedestrianized area, with over 500 km of bicycle paths to encourage the use of these modes of transport, in an effort to reduce congestion and pollution. Whilst cars are still allowed into the city, access is restricted in the city centre.
For those travelling in Strasbourg on a daily basis, the tram and bicycle infrastructures are great ways to get around the city. There is also a cost-effective bike sharing scheme available for commuters in Strasbourg.
If you enjoy walking, you will find Strasbourg has plenty of delightful parks, and you can join many residents in their daily perambulation.
If you’re moving to France, find out how our international removals team can help to arrange packing, storage and transportation on your behalf.