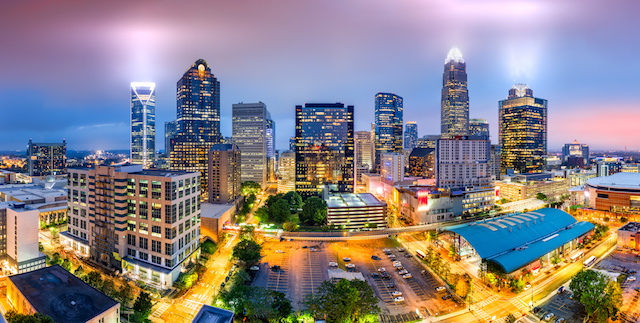 A move to the USA will instil a mix of trepidation and excitement. After all, what is the ‘real’ United States? There is so much to read in the press and watch on television about this vast country, it’s often hard to know what reality looks like, what life will be like, and how you will fit in.
We are bombarded with cultural stereotypes and views on the USA, so an open mind is definitely an important thing to travel with and to have when approaching your new environment and meeting new communities.
The USA is an eclectic mix of 52 states, all of which have their own identities, traditions, customs, and cultures, which makes it hard to create a single cultural identity for the USA as a whole. This means that the United States is one of the most culturally diverse countries in the world, and many other cultures have influenced and contributed to the American culture as we know it today.
Furthermore, there are cultural divides within the USA, from the East Coast to the West Coast, via the mid-west, northern territories, and the Deep South. Each culture offers a different living experience, from the climate, through to manners, daily routines, food and drink, and working patterns.
Bearing this in mind, moving to any area of the USA to live and work will bring about many cultural changes, and culture shock, even as a Brit, is a recognised part of any expat move. Culture shock can be experienced through every day occurrences such as shopping in the supermarket (the layout, the foods, the purchase of alcohol -which is not allowed in some states – and the checkout system), through to driving etiquette (turning right on red in many states is a permitted, as is undertaking on freeways and some slip roads exiting from the fast lane).
Outside of general day-to-day life there will be key areas such as the laws, which from state to state; housing; utilities; phones; banks and banking; schools; childcare; and healthcare, all of which may be factors that confuse and bemuse you. It’s important to do your research on all of these, websites and expat forums are a useful resource tool.
There is also a plethora of fun cultural opportunities to experience. Much of the USA focuses on the holidays (such as Labor Day, Halloween and Thanksgiving). Halloween is a massive occasion, much more so than in the UK, and you’ll be mesmerised by the range of food stuffs available in pumpkin flavour. Embracing these days of celebration and food can give a good insight into the culture of the community in which you are living. It’s worth remembering that the 4th of July is a celebration of Independence from the British, so that’s a day that can be more challenging to celebrate as a Brit, although the parades are always worth watching for the spectacle alone. These holidays are incredibly important in the cultural American calendar and there is an expectation that the traditions that go with them are respected by everyone – residents and visitors – in the country.
Dress code in the USA is similar to the British code, though perhaps even more relaxed in terms of shorts and baseball caps. If there is a TV in the bar or restaurant, you can pretty much guarantee that’s a sports bar, and the dress code is very relaxed. Business attire is very much the same, and some states are far more conservative than others, so it’s worth checking with your workplace first to find out what’s appropriate.
Many Americans are sports mad! Sport in the USA is a huge part of the culture for all generations, from toddlers to grandparents – in fact, a Sunday ‘ball game’ is a huge event and one that focuses on spending time with family and friends. Fans go wild for baseball and football, and it’s worth finding out the teams for the areas you live in, as that will always be a worthwhile topic of conversation. Terminology can get confusing, so remember that in the USA ‘football’ is American football, and ‘soccer’ is the football that we refer to in the UK.
Talking of conversation, English is the most widely-spoken language, and all official communication is conducted in English. There are subtle differences though, and your colloquialisms might not always be understood. You will find that people comment on your English/British accent, and, like it or not, this can really help with integrating into your community in the USA. Knowing your neighbours in the USA ensures real access to the cultural hub and way of life and can dissipate some of the culture shock that may come with your move.