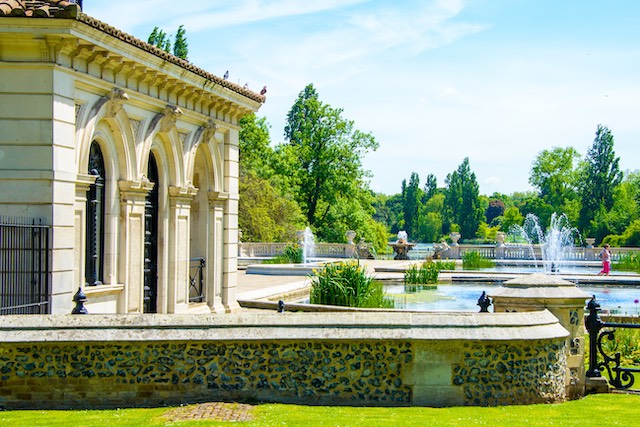 Situated in West London, Chiswick is conveniently placed for commuters who work in Central London but still like having the option of jumping on the nearby M4 to escape to the West and Heathrow Airport.
The mix of houses in the area attracts a wide range of residents from young single professionals to families looking to make their roots in the neighbourhood. Read on as we look at some of the reasons for moving to Chiswick.
Chiswick has been a popular choice for Londoners looking to escape the busy city life since the late 19th Century. One of the many reasons for its popularity is its ideal distance from the city, it is close enough to be for an easy commute but far enough out that life outside of work can be a little quieter and calmer.
Regular commuters from Chiswick can get on the district line from Chiswick Park, Turnham Green or Gunnersbury stations and arrive in central London within 30 minutes. Alternatively, cycling from Chiswick to Victoria is an easy alternative and is a more or less straight route taking little under 40 minutes.
Not only is there a good handful of Georgian and Edwardian houses in the area that have been carefully looked after, but there is also a number of modern housing developments popping up around Chiswick. One of which is the aptly-named Chiswick Gate, a recently finished development of one and two-bed apartments and three, four and five bedroom houses that echo the Georgian style of its neighbours.
Residents of Chiswick Gate also benefit from underground parking, a gym and concierge service. This development is fairly typical of the few that have popped up over the last few years, making Chiswick a magnet for affluent city workers.
Chiswick is blessed with ample local amenities including a selection of swimming pools, family-run book shops, bakeries, cafes and the very popular Chiswick food market that hosts 25 varied vendors. For those sporty residents of Chiswick, there is Dukes Meadow nearby.
Dukes Meadow has a 9 hole, par 3 golf course, 50 bay driving range as well as indoor and outdoor tennis courts and an indoor ski slope. Alternatively, there are two championship courses at the highly-regarded Royal Mid-Surrey Golf Club that is just 15 minutes away by car.
One of the community hot spots in Chiswick is Turnham Green – a fabulous green space that hosts many community events and is an idyllic space for a picnic on a summers afternoon. Also in the area, Chiswick House and Gardens is popular local attraction. The subject of a multi-million-pound restoration project, this beautiful 18th-century villa is set amongst 65 acres of ornate gardens and is host to the Chiswick Proms.
For those looking to put down their roots in a quiet, yet accessible area of London, Chiswick is highly recommended. From its ornate and leafy rows of Georgian and Edwardian houses to its ample amenities, there are many reasons to move to Chiswick not to mention easy transport links to the city, Heathrow airport and the West Country. If you are considering moving to Chiswick, or anywhere in London, click here for more details on our specialist removals service.